The 12th of April is the International Day of Human Space Flight. There are very good reasons why this day should be celebrated. Thanks to the very first human space flight, a new era started. On April 12th, 1961, cosmonaut Yuri Gagarin from the Soviet Union became the first human to travel to space, thus making Vostok 1 the first human spaceflight.

After the first human spaceflight, a new era started not only in space, but also on the earth. During first manned spaceflights it became evident that more research was needed. It became clear that astronauts had to live under conditions vastly differing from those on the earth. Zero gravity, vacuum, the absence of oxygen makes an environment which was – at first – deemed impossible for humans. However, thanks to several great scientists and years of experimenting, space exploration by humans was made possible.

Human space flights have developed fast during the last decade. Now, private companies, such as Virgin Galactic and SpaceX, are planning to make space travel the next big thing in the tourism industry. Soon, we will probably see a rise in commercial spaceflights. This is not the only change that human space flights have had on our everyday lives.

How Human Space Flight has contributed to our daily lives

There is no need to look far to find products that have been developed for human space travel. Even though the conditions in space are inhabitable, some of the applications created in this harsh environment have found their way into our homes.

Here are some of the most common products that were originally developed for space travel:

There are some other great innovations that were inspired by space travel that have shaped the world we live in today. Exploring space has revolutionized medicine, transportation, public safety, resource management, computer technology and industrial productivity to mention a few.

The harsh conditions in space have been a driver for innovation. Take the brushless electric motors, for example. Motors with traditional brushes would wear of in space in no time. There was a need to develop a brushless motor which then turned out to be very durable also on earth. Thanks to space exploration, we have now better washing machines and more durable power tools.

Inventions that have changed Civil Engineering

There are many good reasons why we at Gisica are grateful for human space flights. Civil engineering has benefitted tremendously from space expedition. A great example is the usage of LiDAR technology. Thanks to the Apollo 15 mission to the moon in 1971, LiDAR technology became well-known. LiDAR had already existed for over ten years before the Apollo 15 space flight. However, it took the great engineering skills of the NASA scientists to discover its full potential.

LiDAR was not initially invented for space travel, but the countless opportunities it possesses might not have been discovered without space exploration. LiDAR is not the only space induced innovation. There have been some other great inventions that changed the way civil engineering is done today.

If you are not that familiar with LiDAR technology, you can check out our previous article LiDAR 101 for more information.

Civil engineering has profited enormously from human space travel. There are innovations, such as shock absorbers for buildings and water filtration, to name a few. Shock absorbers were originally designed to protect equipment during the space shuttle launches. Space launches have enormous G-forces that would normally break equipment, as the space craft has to gain the escape velocity of 11 km/s. Especially areas prone to earthquakes benefit from the use of these shock absorbers which make bridges and tall buildings safer.

The Apollo 1961-1975 mission taught the mankind how to build better water filtration devices. The filtration used by NASA utilized iodine and cartridge filters to ensure that astronauts have clean water to drink throughout their space mission. This way of filtering water is now standard practise.

For us Gisicans work would not be the same without satellites. For 34 years, the Landsat series of satellite missions by NASA and the U.S. has given us far more precise spatial data. The Global Positioning System is widely known for its abbreviation GPS. GLONASS is another space-based satellite navigation system that has operated since 1982. In 2016 the European Union with the help of the European Space Agency (ESA) sent Galileo, the Global Navigation Satellite System (GNSS), to space. There is also the BeiDou Navigation Satellite System that was launched in 2000. In total, there are four international satellite navigation systems and two national satellite systems operated by India (IRNSS or NavIC) and Japan (QZSS). Currently, we have over 2,787 active satellites orbiting the Earth.

We Gisicans and our field of work has profited considerably from the human space flights. Over the past 50 years, both humankind and civil engineering have made tremendous leaps in technology. Only time will tell what will be discovered in the future.  Based on the strong track record, it is safe to assume that we can expect great innovations already in the near future. 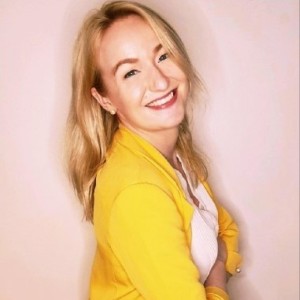 Explore a Career at Gisica

We at Gisica value integrity, competence, moral commitment and teamwork. If you feel that you would make a great addition to our Gisica Family, please do not hesitate to send us your application! 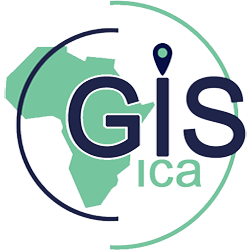